“Creating non-physical forms, we shall protect the monk who expounds the Dharma. We shall completely guard him, look after him, protect him from punishment; and bring him peace, happiness and success.”

“We shall also, in all ways, protect all those classes of people, households, villages, cities, towns, monasteries and palace areas. We will completely guard them, thoroughly look after them, protect them from punishment; and bring them peace, happiness and success.”

“And why will I do this? So as to benefit the sentient beings who have planted roots of virtue under hundreds of thousands of Buddhas, so that this Sovereign King of Sūtra Teachings, the Transcendent Golden Light will remain in the world for a long time and will not quickly fade away; and so that sentient beings will also come to listen to this Sovereign King of Sūtra Teachings, the Transcendent Golden Light, and thereby acquire an inconceivable accumulation of deep wisdom, become endowed with discerning insight, authentically accomplish the accumulation of positive potential, experience the inconceivable happiness of gods and humans for billions of eons into the future, accompany the Tathāgatas, and in the future attain the Unsurpassed, Perfectly Complete Manifest Awakening of Buddhahood; as well as to totally pacify all the suffering of the sentient beings born in the hells, the animal realms, and the world of Yama.”

“I shall generate power, strength, and great resilience in his body. I shall make the clarity of his deep wisdom become inconceivable. I shall bring him mastery over mindfulness. I shall cause him to be exceedingly joyful.”

Then Samjñāya, the supreme commander of the Yakṣas, spoke the following words: “Lord Bhagavān, I have a Dhāraṇī-Mantra; and out of heartfelt love for all sentient beings, and a wish to benefit them, I myself shall intone this Mantra before the Lord Bhagavān. The Mantra is as follows:

“If anyone keeps and upholds this Knowledge Mantra, then I shall grant them all the requisites for living, such as alms, clothing, flowers, fruit, wealth, and jewels. Even if someone desires requisites such as [conversations with] boys, girls, male servants, female servants, gold, silver, jewels, and adornments, then I shall bestow each and every one upon them; in accordance with their wishes. Because this Knowledge Mantra is imbued with great power and majesty, whenever this Secret Mantra is recited, I shall come before that individual; and then accomplish everything, without obstruction.”

“The ritual for accomplishing this Secret Mantra is as follows: First, in front of a form of the Great Overseer of the Yakṣas, Samjñāya, drawn at sixteen to twenty finger-breadths [in height, srid chag] and brandishing a battle axe in hand, place four vases full of honey or liquid molasses on the four corners of a Maṇḍala constructed with four sides. Burn ointments, powders and scents; and offer garlands of flowers, as well.”

“Burn one hundred and eight (108) times in this way; and thereby I shall manifestly show my body there. I will then ask what it is that you want. The practitioner should thereupon voice their desires; and I shall grant them everything they wish. Whether they wish for gold and silver, wish to find treasures, or wish for the divine sages flying through the air, they will be attained.”

“Furthermore, they will attain the supernormal perceptions of the divine eye, knowledge of others’ minds, and so on. They will have power over all sentient beings, in accordance with their wishes, will sever the flow of all disturbing mental states; and will attain complete liberation.”

Then the Bhagavān congratulated Samjñāya, the great general of the Yakṣas, saying: “Well done. Well done! For the sake of the benefit and happiness of all sentient beings, and in order to thoroughly protect the Transcendent Dharma, you have spoken these words of Secret Mantra; and thus your positive potential has become immeasurable.”

FROM THE SOVEREIGN KING OF SŪTRA TEACHINGS, THE TRANSCENDENT GOLDEN LIGHT, THIS WAS THE NINETEENTH CHAPTER: ‘THE LORD OF THE YAKṢAS, SAMJÑĀYA’.

You can find the text at The Sūtra of Golden Light: The 29 Chapter Version, Chapter 19 – Samjñāya, Lord of Yakṣas 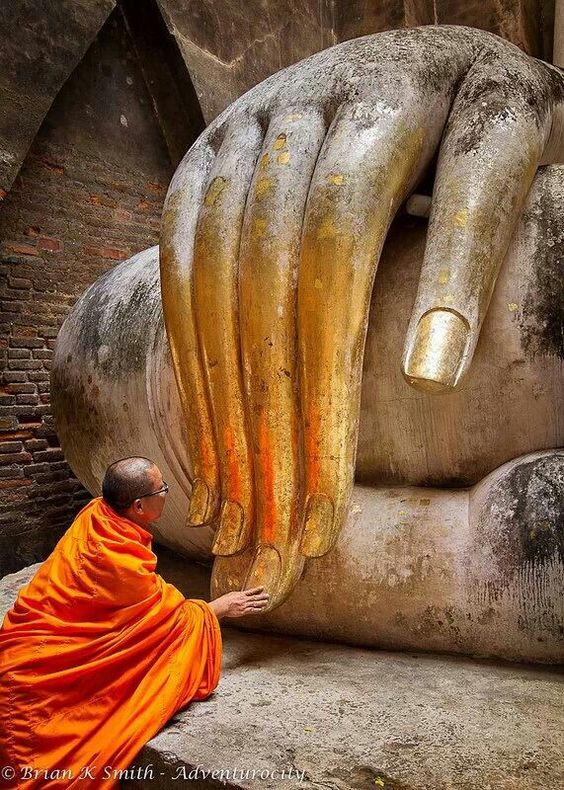