Chapter 27: The Praise Made by All the Bodhisattvas

Then, having sat down to one side, those many hundreds of thousands of Bodhisattvas folded their palms, and deeply praised the Tathāgata Suvarṇaratnakaracchatrakuta with these verses:

With the major marks of excellence, your body is fully adorned;
With the various excellent minor marks, your body is embellished.
Your beauty, like golden light, blazing brightly:
You are utterly without blemish, serene as the king of mountains.

With the voice and pleasing tones of Brahmā, the melody of Brahmā;
The lion’s roar, and thunder, melody of the dragon’s resounding call.
Your sixty-fold melody is a pristine sound:
With the song of victory, the songs of the peacock and cuckoo.

Totally without stain, spotless, lovely with brilliant light;
Conqueror, you are adorned by the marks of a hundred positive potentials.
Your ocean of transcendent knowledge flawless and unmarred:
Conqueror, like Sumeru you are endowed with all good qualities.

With unexcelled loving compassion that benefits sentient beings;
The supreme bestower of bliss in the universe throughout all world-systems.
Conqueror, revealing the transcendent meanings:
You are the excellent one who leads into the bliss of Nirvāṇa.

Granting the joy of deathlessness,
Revealing completely the deathless ambrosial Dharma of the Jinas,
Guiding to the city of the deathless;
You are the source of all bliss, the abode of bliss.

No one can equal you,
The guide of all that exists, ocean of virtue and deep wisdom,
Your great compassion for all beings laden with life;
The power of your love, your expertise and resolve.

Even in many thousands of billions of eons,
There are none, including the gods, among all beings,
Who can fully describe even a single drop of the virtue:
From the ocean of your deep wisdom and good qualities.

Showing a single drop of your good qualities,
We have briefly expounded a mere fraction of them in this way;
Through whatever positive potential we have thus gathered,
May all sentient beings reach Supreme Awakening.”

FROM THE SOVEREIGN KING OF SŪTRA TEACHINGS, THE TRANSCENDENT GOLDEN LIGHT, THIS WAS THE TWENTY-SEVENTH CHAPTER: ‘THE PRAISE BY ALL BODHISATTVAS’.

You can find the text at The Sūtra of Golden Light: The 29 Chapter Version, Chapter 27 – The Praise Made by All the Bodhisattvas 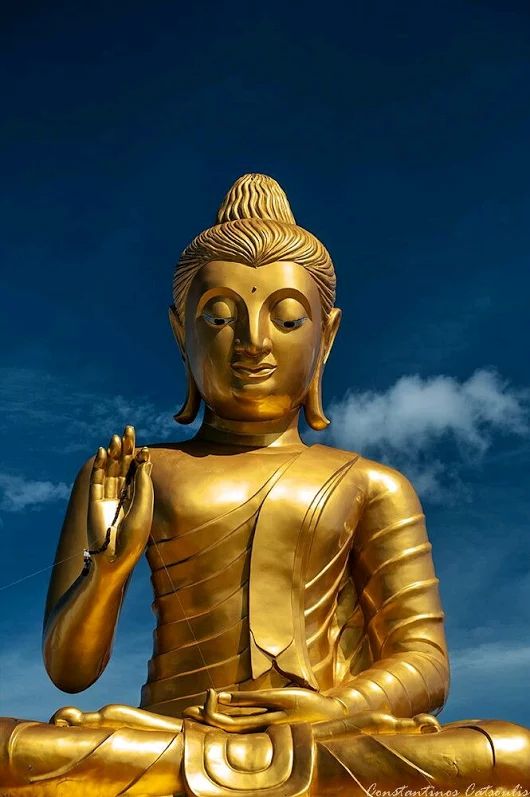